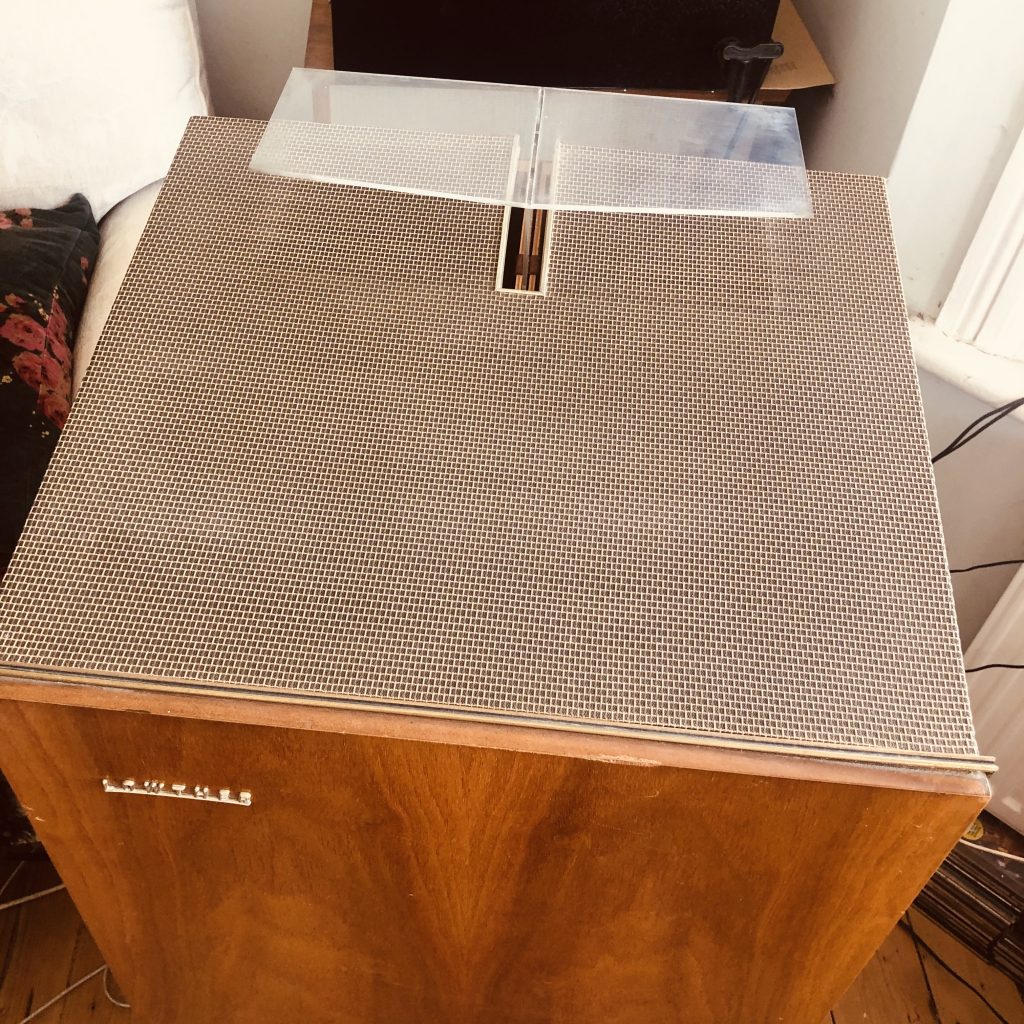 This is a pair of Lowther Acousta Twin loudspeakers that have been knocking around the place for about 8 years now, probably longer. They came with a very large record collection. I heard them in situ very briefly with a radio connected, but at low volume. Didn’t think anything of them, until I decided to get them out and connected, during the 2020 Covid19 lockdown, to a very low-fi Sansui amp that I also had knocking around. I put a 1960’s Tubby Hayes LP on my turntable and boy was I surprised! They sounded fantastic, although one unit sounded way better than the other. Very extraordinary clean and clear mid-range, not so great in the lower range (before I connected them I was listening through Tannoy 15 inch monitor golds), but I was so stunned that I immediately thought the trade-off was well worth it.

On investigating and opening up the cabinets to examine the PM2 drive units, and also getting advice from Lowther (the company is still in operation) it became apparent that the foam surrounds had perished severely in one cabinet, and the units in the other cabinet were also on their way out. So I would need new foam surrounds. Unfortunately though, when the units got to the Lowther workshop I was informed that they don’t make those diaphragms any more so the units would have to be completely rebuilt, keeping only the original magnets. And then only by spending a little more I could get completely new units under the Lowther For Life Exchange Scheme, which I have opted for. I am told they will sound even better than the originals (the ones that sounded great even though they were on their last legs!). I cannot wait.

Here’s some history from the Lowther-voight museum:

“When the Lowther Acousta – Twin was introduced in 1959 it was claimed to be “the only design of its kind in the world”. It is a single cabinet comprising two separate horns, which can be used for monaural, monophonic and stereophonic reporoduction.

The cabinet was fitted with two PM6A drive units as standard, but when fitted with the superior PM7As it was marketed as the “Acousta Super-Twin”. PM2A drive units could be fitted with the use of a special mounting. The perspex top deflector and side wings can be adjusted to suit the placement of the speaker within the room.

The cabinet was available in a variety of finishes including walnut, sapele, oak, tola, teak and natural.

This site uses Akismet to reduce spam. Learn how your comment data is processed.